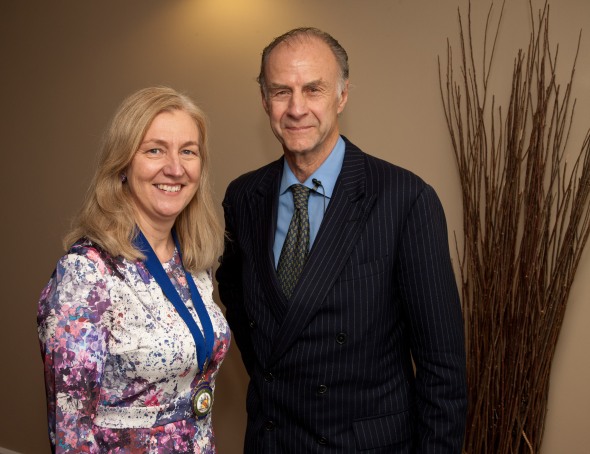 Today I photographed Sir Ranulph at Nottingham when he spoke to the Business Club. His story was like something out of a Boy’s Own adventure – but true! He told how he started his climbing carreer on Public School drainpipes, then onto his gung-ho antics in the army and SAS, then clearly not quite wringing enough excitement out of life, how he went on various expeditions which would make the bravest man think twice.

After seeing photos of frostbitten fingers and toes, I had to wonder why his wanderlust drove him to such extremes, but unfortunately he didn’t touch on his big reason why…

This entry was posted on February 28, 2014 by Nottingham Photographer Spike Photography. It was filed under News, Photography and was tagged with Antarctic, Arctic, business, city, club, cold, explorer, Nottingham, Sir Ranulph Fiennes, snow.

I'm a Nottingham, East Midlands UK-based commercial and industrial photographer since 1983. Please comment on any post that interests you. Be cool, be happy, keep smiling!